The cover picture was taken at Universal Studios Japan.

The story is set in a world familiar to those who read the original Harry Potter books or watched the movies. The world is the same but with a few changes. Lily Potter, Harry's mother, had a good relationship with her sister, Petunia, who married a successful Oxford professor. Petunia and her husband didn't have kids, and after they had to take in Harry, they raised him in a loving and caring environment. Harry, mainly thanks to his father, grew up to be a very smart and educated kid. He is a firm believer in the scientific method, and at the same time, still, a kid, who has a fresh pair of wide eyes and looks at the world with childish curiosity, all of which makes him a perfect scientist. When he receives the letter from Hogwarts, he approaches this situation scientifically. Saying anything else can spoil the fun of reading the book.

The fanfic is available to read and download here. Check out the chapter titles. If they make you giggle, then you'll enjoy the book!

If you are not convinced that you should read it yet, let me share a few quotes from the book with you:

Where do you come from, strange little prediction? Harry directed the thought at his brain. Why do I believe what I believe?

“But make no mistake, Draco, true science really isn’t like magic, you can’t just do it and walk away unchanged like learning how to say the words of a new spell. The power comes with a cost, a cost so high that most people refuse to pay it.” Draco nodded at this as though, finally, he’d heard something he could understand. “And that cost?” “Learning to admit you’re wrong.” “Um,” Draco said after the dramatic pause had stretched on for a while. “You going to explain that?” “Trying to figure out how something works on that deep level, the first ninety-nine explanations you come up with are wrong. The hundredth is right. So you have to learn how to admit you’re wrong, over and over and over again. It doesn’t sound like much, but it’s so hard that most people can’t do science. Always questioning yourself, always taking another look at things you’ve always taken for granted,” like having a Snitch in Quidditch, “and every time you change your mind, you change yourself.”

“The truth is sacred,” Harry said tonelessly. “One of my most treasured possessions is a button which reads ‘Speak the truth, even if your voice trembles’.” 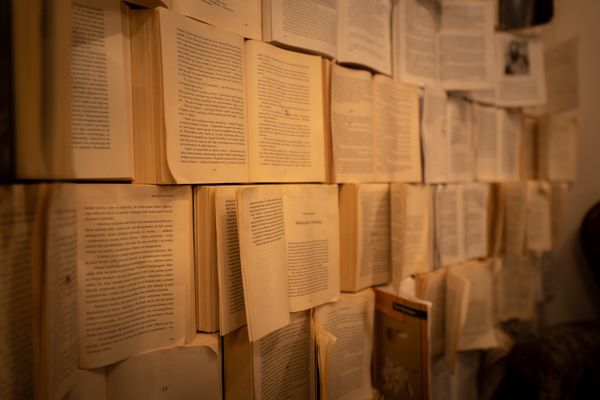 I've recently finished reading the last book of five written by those behind the Basecamp company. I read some of them a while ago, so my memory about their content could be better. Still, I'll compensate for that by describing my impressions. I'm going to list the books in the